The City of Westover, West Virginia was looking to upgrade their park. The Director of Public Works, Rick Hillberry, wanted suggestions on how to go about building two year-round, quality bocce courts. Through the bidding process and review on site, Peter Albanes of Albanes Landscaping Inc. & Synthetic Grass-Greens.com helped develop a design and selection of high quality materials. Albanes showed tremendous interest in working with the town’s budget and achieving the desired results. This Morgantown, West Virginia city would soon have a new amenity! 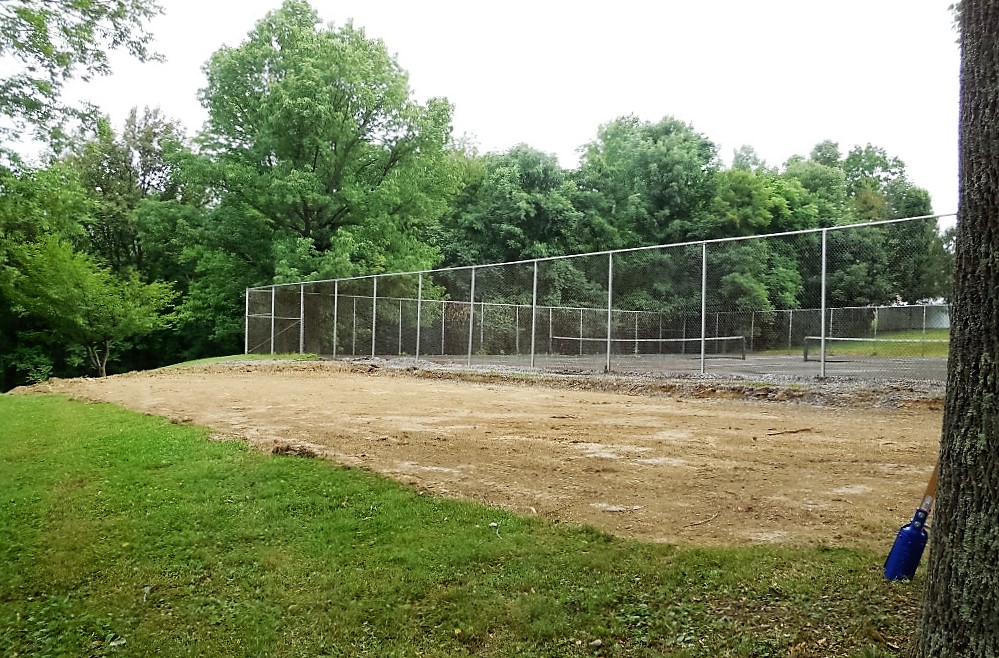 The challenge was to build up one court (but basically an entire court area) which had anywhere from a 9-23 inch drop. It took over 9 truckloads of soil and hours of grading to first build the area up, roll and compact, while then back filling the outside walls to the courts in order to bring the court up to par.

According to Pete, “Instead of using, 14-17cu. yds. of 57 stone, we probably applied and compacted a staggering 35-40yds! It was exhausting and trying to keep the 2×10’s lined with the sunken four-by posts was constant tweaking!” The third day of work had the crew combating the rain-with showers off and on throughout the day, but in the end they completed the project. The Mayor of Westover, Dave Johnson, and Public Works Director, Richard Hillberry, took pride noting that their community has a ‘really nice upgrade’ to enjoy the outdoors in The City of Westover Park. A huge shout out of appreciation for the energies of Rick and his city employees for their cooperation and assistance.